Early 2015, BSE Ymond has rented out two of her rail platforms for a couple of weeks to a contractor combination by the name of “Crommelijn”. The two rail platforms involved were one BSE Railplatform and one BSE Rail/road-trailer with elevating platform. The contractor is currently building the new rail tunnel in Delft. The contract was awarded in June 2008 by Prorail. The contracts involves: a rail tunnel with a length of 2,3 km, an underground station, an underground bicycle storage facility, a car parking facility along the Spoorsingel, preparing the site for construction and building a large portion of the facilities above ground level. The total cost for the project is estimated at 1 billion euro.

Our machines are used for the final assembly of the tunnels, the last phase during construction just before final delivery of the tunnel to the customer. After the final delivery trains will start using the underground tunnel in Delft. It is estimated that the initial testing with live trains will start around February/March of 2015. Our machines were used for a number of activities, among others: repairing some leakages in the tunnel, solving some small malfunctions of the technical installations in the tunnel and other final assembly tasks.

Putting the machines on the track was ready within a couple of hours. Because the BSE Rail platform is equipped with rail wheels as well as tracks, the machine could easily be driven of the trailer and into the rail track. After lowering the rail wheels the machine could start the activities immediately. Also the rail/road-trailer wit elevating platform could easily be maneuvered into the track and start the activities after being transported to the location of entering the track. 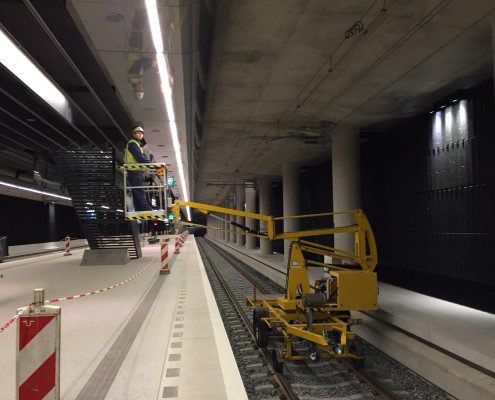 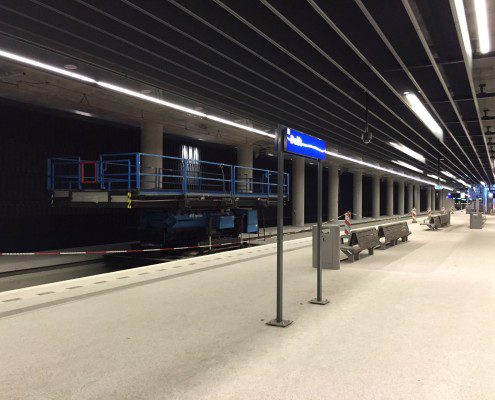 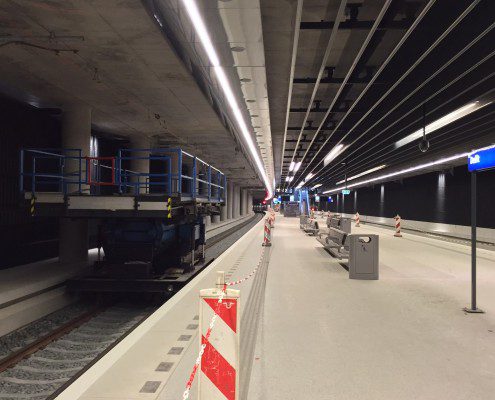 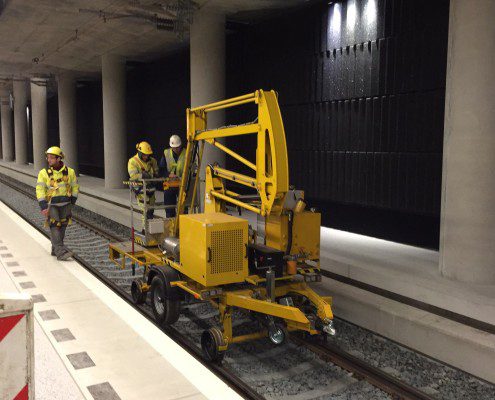