BSE Ymond has recently engineered and build a new innovative machine for the Agricultural sector. The new machine can be mounted at the front or back end of a conventional tractor and is used to lay down wide non-woven fabric/fleece, birdnet and similar on crop. Laying down an rolling up of the fabric can be done very fast with the new machine. For example: In the field of flower bulbs cultivation, non-woven fleece is used often in early spring to prevent frost damage to the young crop.

This innovative machine (patent pending) offers many advantages with respect to traditional methods. The advantages include:

The results that have been achieved with the use of fabric in early spring on lily agriculture can be called spectacular! Unprotected crop had a growth retardation of up to 50% due to frost damage. Also a strong decline in the use of pesticides during the growth season has been realized because of better crop condition.

Click HERE for the flyer on the BSE Agro Reel System.
Click HERE to get your free copy of the demonstration video send to you! Fill in the contactform and check the box to receive your free copy. 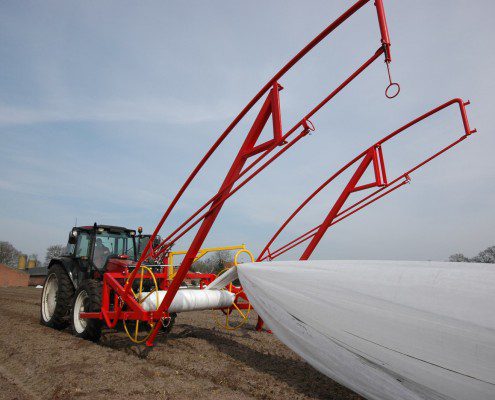 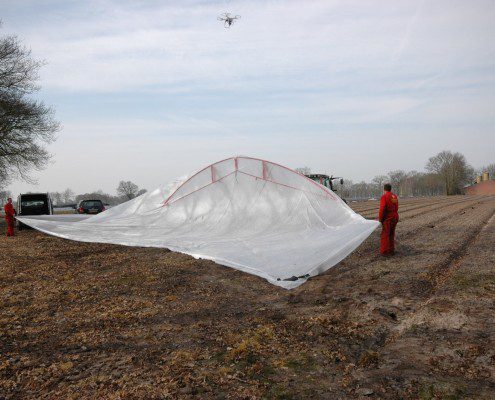 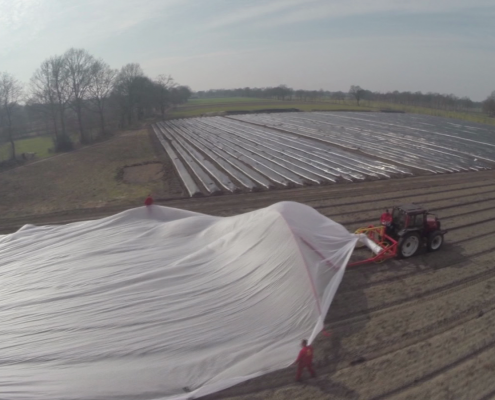 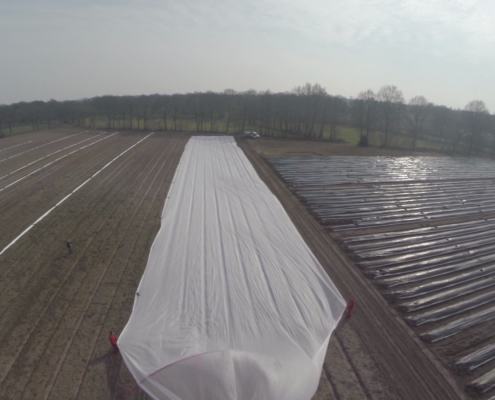